Story:
Long ago, an evil magician named Daeron created a really powerful weapon. His goal was to rule the world! However, after an unexpected fight, he was defeated by another magician named Sathenu. Sathenu found Daeron's weapon and broke it into relics and scattered them around Time. Then he created an ancient organization to protect these relics, and two Artifacts for anyone to travel back in time, if the world is in crisis again. The Guardians of Time were the protectors of these relics. Then, thousands of years later into the future, Nrutas, an orphan, realizes his power. So he finds and uses one of these artifacts to travel back to the first relic location, the Medieval Era, within the Kingdom of Atheos! However, the second Artifact, is left to you...

Actual game features:
Animal taming
Is a really unique feature which allows you to tame an animal with a spell and after a successful taming, you will be able to give orders to the animal, such as: attack, follow, stay or release.

Polymorph scroll
Is aswell an unique feature on Lonath Online which allows the player to turn into a monster for a few minutes. This will give you the abilities and strength of the monster that you turn into. Polymorph scrolls can be found from monster drops and also on shops.

Housing
Is one of the main features on Lonath Online. This feature allows you to own your own house in the game. You are able to build a house per each map. The house will be your alternative resurrection place after you die. It can also be your friend's alternative resurrection house. You are able to add up to 5 friends to your house. To place a house, you need a house deed. House deeds can be found on scribe shops in villages.

There are 3 different type of houses at the moment:
1) Empty Wooden House
An empty wooden house. Only as an alternative resurrection point for you and your house friends.
2) Expert's House
Includes a scribe vendor inner house. You can sell items and buy potions by using the vendor.
3) Master's House
Includes a scribe vendor and replenish stones inner house to regenerate your health and mana.
There are also a few rules for house placements:
- You cannot place your house too close to the village.
- You cannot place your house if the house is touching an obstacle or a monster spawn (detected by the server).
Trade system
Allows you trade 2 items and gold coins per trade session. You can trade with other players using the Trade button on the bottom right menu and then pointing the mouse to the desired player you wish to trade with. After you get the trade menu, drag an item from your inventory and put on the trading slots. The left side of trade screen is yours and the right one is the other player's one.

PvP
Is also a main feature on Lonath Online. This allows you to fight with other players from different classes. This is where you are going to show your real skills! Players that want to fight with each other must be outside the safe zones. Killing other players gains you XP which increases your levels, same as killing monsters.
Продавец гарантирует работоспособность товара, полученного мгновенно после покупки. Товар на 100% соответствует описанию.
При любой проблеме пишите продавцу в сообщения.

It's time to get out from the solar system STEAM GLOBAL
Товар в наличии
7,99 руб
125 продаж 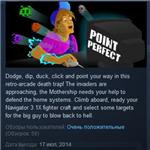